Fallen Dominion Studios is proud to present Fallen Land: Big Box" 2nd Edition and the 3rd Expansion Fallen Land: Descendants. Please sign up to be notified for our Kickstarter campaign and be sure to not miss out when the campaign goes LIVE.

The NEW date for our epic Kickstarter campaign is: 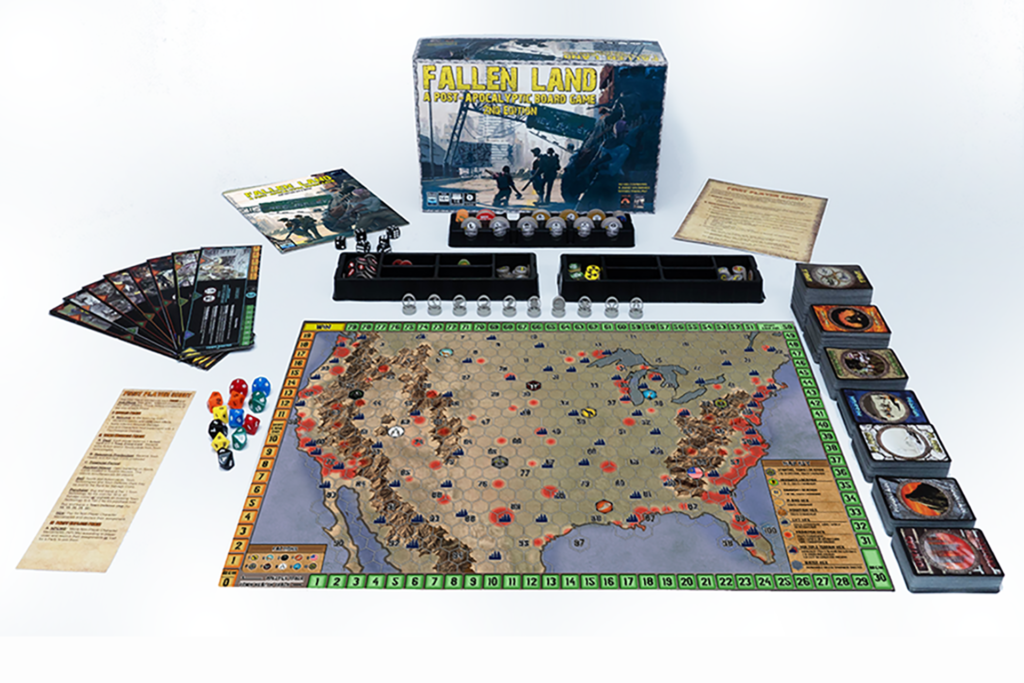 As a small, indie game company, we have always taken great pride in listening to our fans and giving them – giving you – what you want.  And what you wanted was more content!  The time has come for a new edition of the game.  The Fallen Land 2nd Edition Big Box includes plenty of space for future expansions.  The new map will expand your exploration options into both Canada and Mexico. We’ve also included organizer trays, and cleaned up all of the cards and the rulebook.

The creation of the massive world of Fallen Land: A Post-Apocalyptic Board Game was a twelve-year process that successfully crowdfunded on Kickstarter back in 2016. Since then, we’ve worked continuously to create even more content.  The two latest additions are the Fallen Land 2nd Edition Big Box and Fallen Land: Descendants.  And we’re still not done creating!  We have future expansions in the works beyond the current Kickstarter, like Exiles and Caravans, that will feature single-character cooperative gameplay and other new game mechanics.

I hope you’ll join us for this epic campaign and also for our upcoming projects, like our next game The Great Northern Trading Company, 1670 that is coming in the spring of 2021.  I know I speak for everyone here at Fallen Dominion Studios when I say: I hope you’ll have as much fun playing our games as we have creating them for you!

Cheers!  *Raising my glass to all of you!* 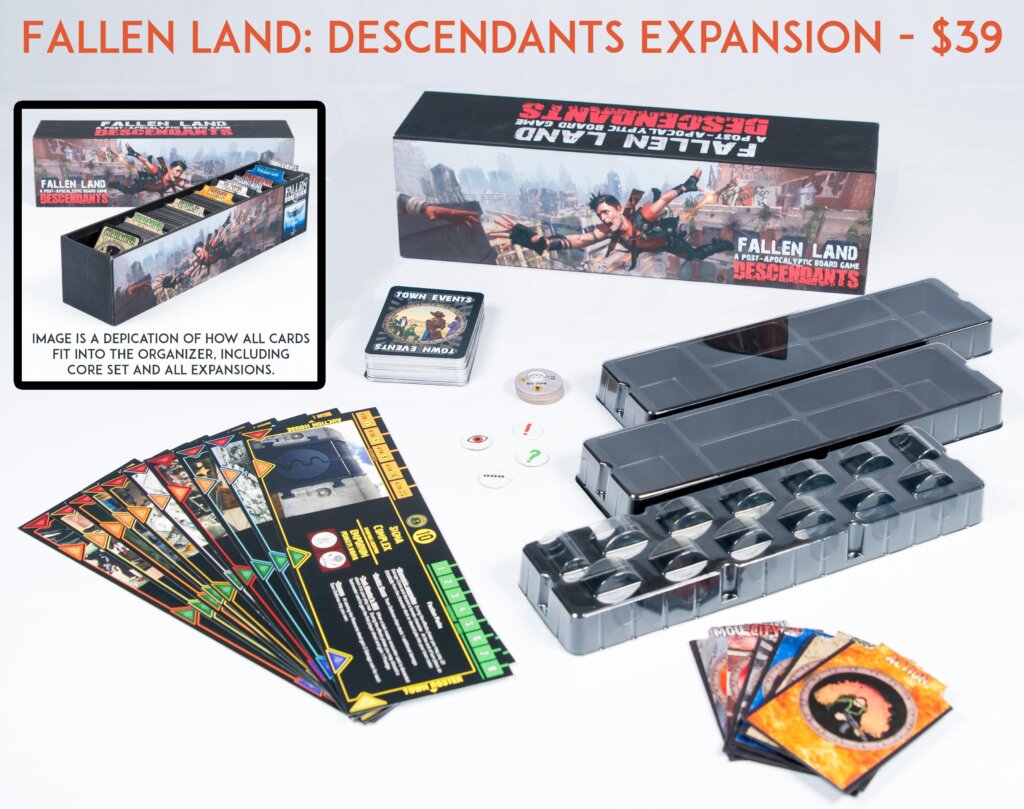