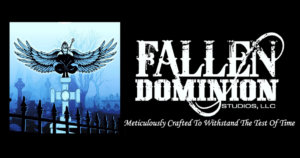 The Great War takes place in the not-so-distant future.  The U.S. home front is but a distant shadow of the once prosperous and affluent America.  Years of stifling economic decay and devolved civil liberties compound the general unrest of the populace.  Abroad, the relentless “War On Terror” erodes the global primacy held by the United States since the end of the Cold War.  China strives to establish a new world order by allying itself with Russia and Iran.  The alliance soon rallies support among other disgruntled countries seeking change.  Diplomacy falters and the world stumbles towards a global confrontation as Russia invades its neighbors.  As the U.S. and her allies maneuver to defend the status quo, North Korea overruns South Korea.  And while the world is distracted by the other conflicts ravaging the globe, China invades Taiwan.

Stock markets crash and infrastructure grinds to a halt on a global scale.  In the midst of the chaos, terrorists stage the first successful mass attack on U.S. soil since September 11th, 2001.  Dirty bombs explode simultaneously in the hearts of Los Angeles, Seattle and Dallas.  These atrocities serve as the catalysts for the global conflict.  Pandora’s Box is opened as the U.S. retaliates with a massive barrage of cyber-attacks and EMP strikes.  These attacks are reciprocated and escalate exponentially, plunging the world into darkness.  In the complete blackout all communication is severed.  Missile silos on all sides empty in a global hellstorm of nuclear and biological attacks.  Civilization as we know it falls under the nuclear strikes, radioactive fallout and weaponized super-viruses.  Most of the world’s population is killed in a matter of hours, while many others perish slowly in the grim aftermath.

The scorched earth is reduced to a desolate husk.  What little remains unscathed by the Great War is quickly corrupted by The Maddening, the long postwar years where a macabre world goes mad, when chaos and violence reign supreme.  It is a macabre world gone mad, where chaos and violence reign supreme.  As food and supplies dwindle the riots, looting, and murder are replaced by the harsh reality of starvation, cannibalism, and genocide.  Might makes right, as armed gangs roam the ruined cities and desolate countryside preying upon the weak.  Many survivors are forced to flee, desperately fighting to carve out a meager existence on the run.  The Maddening rages on for many dark years.

Over time, fortified settlements arise from the ashes.  The Emergence sees the largest of these rugged bastions unify to create powerful factions with small spheres of influence.  Becoming a force for order, they promise trade and protection.  As their influence continues to expand they become aware of each other’s existence.  The leadership of the ten most prominent factions reluctantly agree to a summit.  Despite the rampant hubris and suspicion of one another, the meeting is a success and results in the formation of the Council of the Ten Towns.  While weak and informal, it does provide a forum for Faction leadership to address and resolve important issues.  However, behind closed doors they continue to squabble, ally, and scheme against one another, jockeying for dominance over the Fallen Land.

Temporarily forgotten in their bids for power, chaos still reigns supreme out in the wastes.  Marauder and raider attacks sow destruction and slavers ply their evil trade.  The Eaters, the Reavers, and highway gangs which thrived amidst the horrors of The Maddening remain at large; each seeks to return the land to the chaos from whence they spawned.  And still-greater threats lurk in the shadows, hidden and poised to strike…